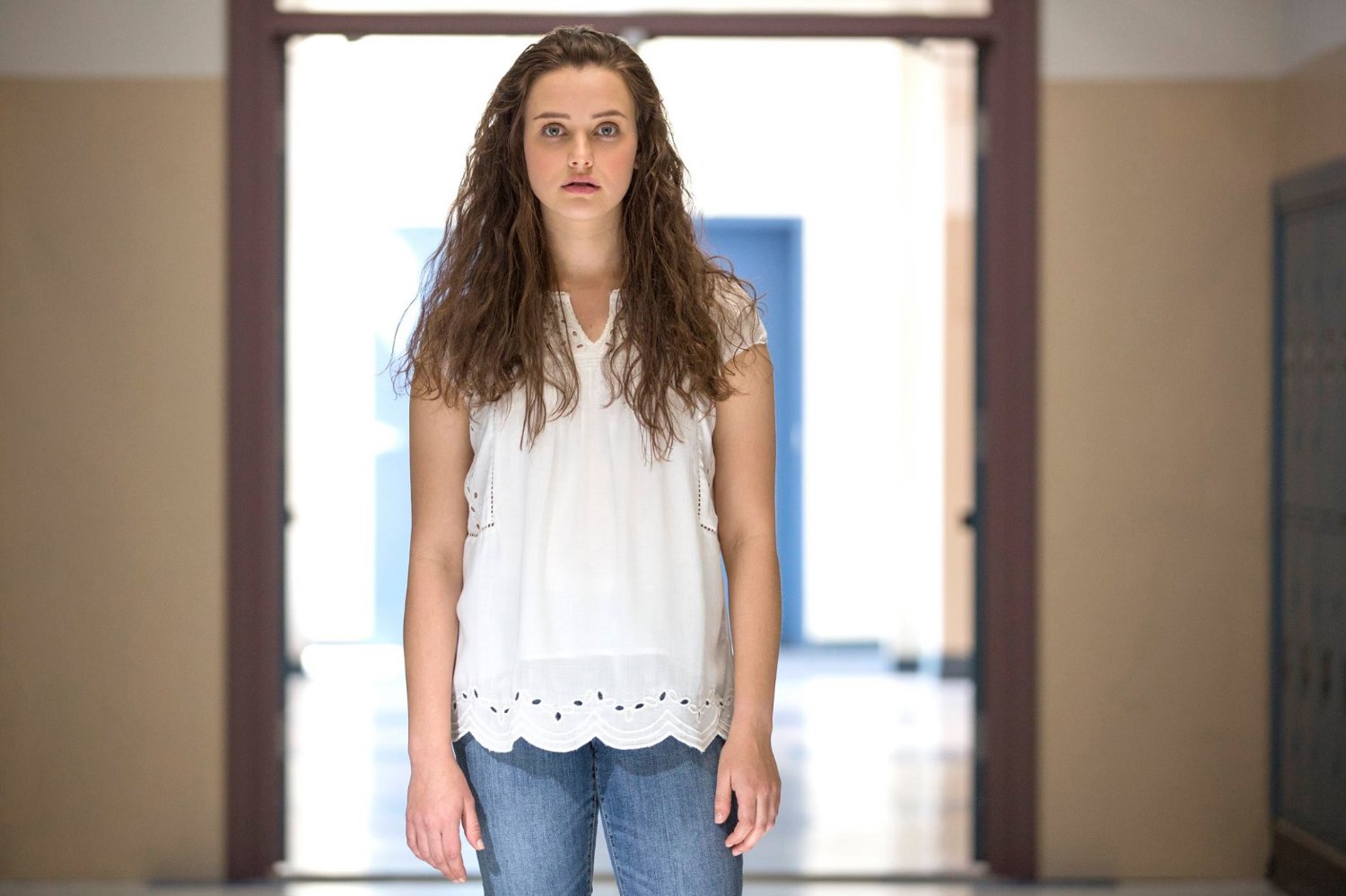 If you don’t know what I’m referring to, it’s a TV (Netflix) series, based on the 2007 novel Thirteen Reasons Why by Jay Asher. The show revolves around a student who kills herself after a series of negative incidents brought on by school mates.  Running over 13 episodes, the central character, Hannah Baker, narrates the story via tapes she has left as evidence for her suicide.  Each episode ‘outs’ one of the students, outlining their impact on her final decision. It is harrowing and compelling, and has left a lasting impression on me as a parent.

I binge-watched the last 4 episodes last night because I needed to know what happened.  I simply couldn’t think what Clay, the shy boy who loved Hannah who acts as an audience surrogate as he listens to the tapes, could have done to her so I had to watch his episode, tape 11. And then, well, there were only 2 left and I couldn’t sleep not knowing what had compelled this young bright girl to finally take her own life. (In the end, I couldn’t sleep anyway, because the content was so alarming that I kept dreaming about what life-changing horror the suicide of one of my kids would bring.)

Whilst the series has been a critical success, some mental health experts fear that the show may glorify suicide for teens who are on the edge.  Indeed, there is a very graphic scene depicting Hannah’s final moments, as well as rape scenes and bullying – it’s certainly no Alice in Wonderland – and there is a possibility that the story allows suicide to be seen as a way of getting back at people.  Another scene of concern, was that which shows the school guidance counsellor failing to identify dangerous behaviors displayed by Hannah – the issue being that the depiction of this failure could prevent students from confiding in their own school counsellors for fear of ‘not being heard’.

However, I believe overall the subject matter has been handled with intelligence and honesty and reality.  The sequence of terrible things that happen to Hannah are conceivable, they are not pure Hollywood invention. Whilst we don’t get a sense of her internalisation until she kills herself, I didn’t read the show as a ‘revenge fantasy’ or a glorification of suicide.  In fact, the subtleties suggest suicide is a coward’s way out.

Afterwards, my husband and I discussed whether it would be a good thing for teenagers to watch or not. Our initial reaction was: “wow, every teacher and teenager should see this.” We both feel so strongly that kids need to know about suicide and the lasting impact it has on those left behind. Because in knowing about something, you can more openly and honestly deal with it. But it is such a highly sensitive subject, and teenagers are such highly sensitive beings, that I’m also keenly aware that this sort of discussion can be received in multiple ways depending on the emotional sensitivity of the audience.  To my stable adult mind, there is merit in discussing suicide and the support available, as a preventative measure for this terrible act. But I also realise, there can be harm done if a child is not ready to hear this information, particularly without the promise of ongoing explanation and help.  I felt simultaneously protective of my own children’s innocent minds whilst eager for them to understand the impact and the alternatives.

Who knows whether showing this alarming content to teenagers will help or hinder them?

It is such a vexed question, and far be it from me to have the answer, but I do think if a teenager was to watch it, they would need to do so in the presence of an adult who can discuss the show thoughtfully afterwards.  The idea that someone who dies from suicide is the result of something someone did, leaves survivors with a horrifying guilt; this is a theme that should not be perpetuated and would need to be explained to a young viewer.

Most interesting and surprising to me was the incredibly strong reaction I had to the show.  Unfortunately I can get a bit ho-hum about TV programs – it has to be really great script-writing and awesome characterisation to maintain my interest.  13 Reasons Why was just that. It is a very well crafted piece of storytelling. The characters are complex and seriously well-acted, the story arc is believable and the intrigue is intense.  It is a very compelling mystery.  The way the show deals with time is also powerful. It occurs both in the present and in the past, and is handled cleverly with Clay being depicted as a silent observer of himself in a scene from the past. What I also liked was that the story goes beyond teen drama. It’s a story about a community affected by loss – teachers, parents, businesses. Whilst this will no doubt be a profound piece of drama for teenagers, the program is  relatable on an adult level as well.

Dealing with highly sensitive subject matter will always divide audiences; this show has done so spectacularly.  Whether you consider it the ‘most dangerous program on tv’, or subscribe to the cult of this program and its millions of followers, there is no doubt it is a well-written and produced program that delivers its story with punch. I’m not here to debate whether it’s right or wrong to depict suicide in this way, but as a piece of art it communicates its message cleverly and effectively. It has left a lasting impression. And that’s the true mark of any great story.