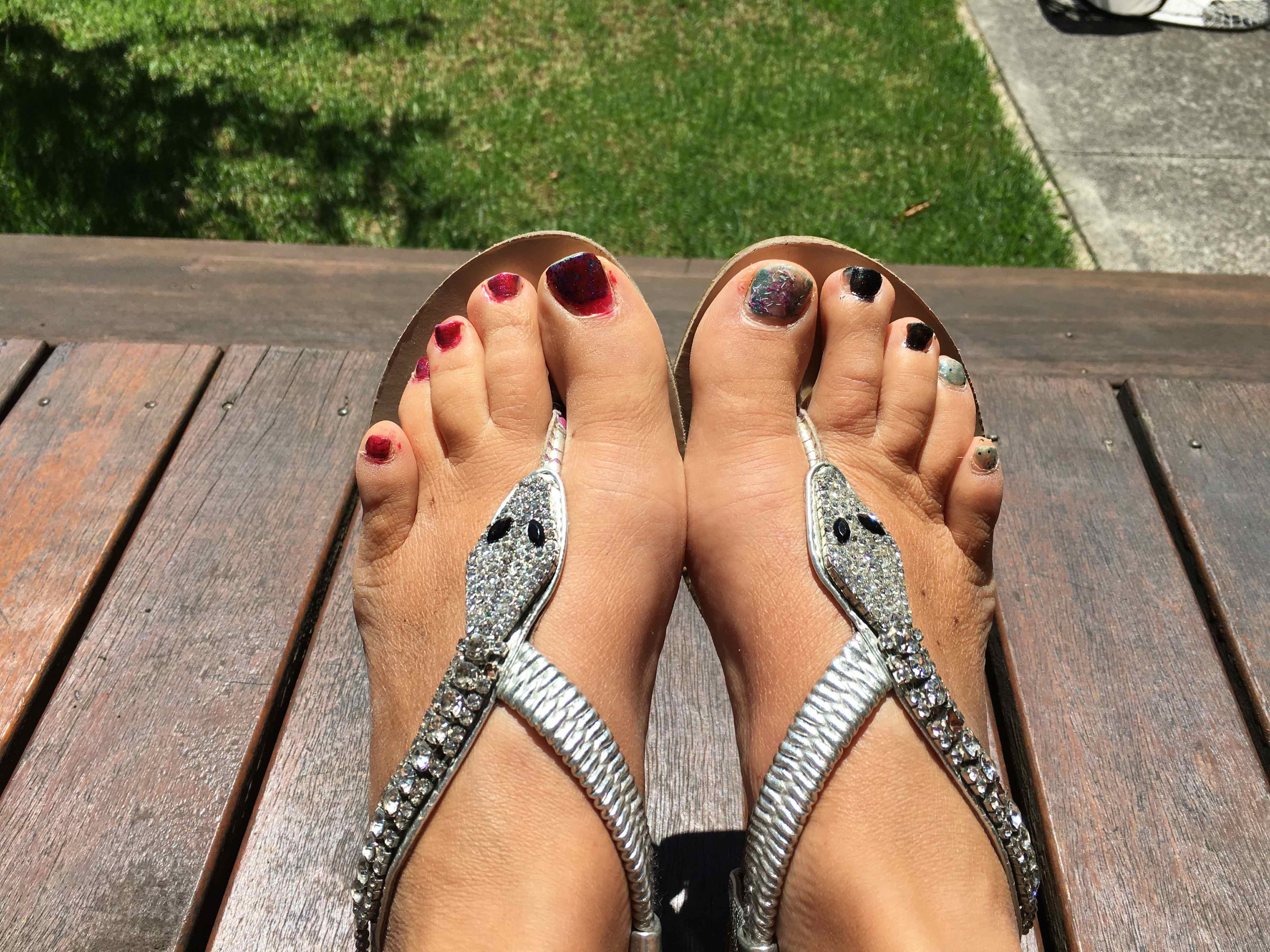 So. THIS happened today. You know, just your average morning in the Johnson household where the weird and wonderful often occurs at the most random and often awkward of times.

This week’s episode of “not what you expect first thing Sunday morning” is brought to you by Master 4 who decided it was time to create a ‘salon’. His salon services included makeup and nail polish and there was a lovely cushion to sit on and some rather untidy, but somewhat arty, shredded paper for my feet to rest on. Apparently the paper was to stop mess getting on the carpet….(why did I ever consider he could make THAT call??)

So the process was quite formal and really rather organised.

After having my appointment written down with my name and phone number and preferences recorded (you know, all the important stuff like tea versus coffee, cake versus muffins, pink polish versus blue), my name was then called by the salon master’s able assistant (Miss 7) and I was placed on the cushion to begin my treatment.  Let’s just say it was a whirlwind experience. I actually didn’t see them coming at me they were that swift. They were like a well-oiled machine. I had a blush brush across my lids and a nail polish brush across my toes before I knew it (and could protest). But all the while, Master 4 sang and hummed and made beautiful ‘background relaxing music’ for me to enjoy, whilst Miss 7 chattered incessantly about the weather, the latest movies and then spoke about her children and her pets and asked if I had children and where they went to school.  I even got the odd calf squeeze from the toenail technician to make me feel better after a long week at work! Where had they seen and heard all this before? Gee, I wonder! It was a marvellous re-enactment of a myriad things they’ve experienced, salt and peppered with their own creativity and desires to be important grown-ups.

How could I say anything awful about the execution when the process was so divine?

Within 7 minutes, I was made up from top to toe. I had shimmer gel and blush and eye shadow on every inch of my face. I had bronze nail polish on my left hand (yes, ‘hand’, mostly) and pink on the right. And the piece de resistance? The toe nails. An eclectic mix of sparkly aqua with a dracula blood red overlay on the left, and aqua with dramatic death black and some highlights of pink confetti on the right.

Who wouldn’t love this look, right? Apart from appearing as though my toes have been through the mincer, or possibly were used as a prop for a horror film, I actually really love what the kids did to me. Ordinarily I would be like, ‘yup, that’s great, but that’s enough now. I need to get this off and go do ….” But today, even though I had a coffee date half an hour later, I just rolled with it. Why? Because they were focused, creative, telling a story and just so lovely to watch.

I’m really aware of the moments, the stories, around me now; but I wasn’t always.

I make an effort to listen more closely to the tales that are told, the lessons that can be learnt and the moments that need to be savoured. I pick up snippets of conversations in public places and my brain instantly creates blog titles from them. I am conscious of what’s going on in my head versus in front of me. I am consistently finding ways to pluck gems out of conversations and create new scenarios that can be written about, retold, made relevant to the people I help. I make a concerted effort to do this now, because it’s really easy NOT to do this. And it’s really easy to miss the point, miss the day, the year, and miss the life.

Whether it’s my kids playing or a friend rejoicing or a family member complaining, I’m more conscious of finding the second layer of meaning in the exchange. I don’t get all weird and agonise over every word in every conversation, but I do spend more time now analysing the really big convos. Why? There always seems to be more to the story than first relayed and, truthfully, I just find that really intriguing.  I realised that my kids are usually teaching me something or asking to be taught something when they role play. And when a friend bitches and moans about their kids, there’s usually something else going on for them. And when someone boasts about their achievements it’s usually a cover up for some other hurt that needs mending.

What I know is that storytelling comes in many guises: black and white on a page; grey and murky in the shadows.

And when you’re telling your business story, you need to let people know that whilst you’re aware there are shades of grey (50 in fact!), black and white is definitely more palatable. Be clear with your message. Be clear with your value. Be absolute with your offering. Nobody buys grey. They buy black or they buy white. But grey is just ‘meh’.

So, if your special gift is spooky horror pedicures – let the people know. They’ll either want one, or they won’t!